Positive Marijuana Test in Arizona Does Not Mean Impairment

Carole Whitmire, a store cashier at a Wal-Mart in Slow Low, Arizona who was also the holder of a State of Arizona medical marijuana card, hurt her wrist at work and was drug tested as part of her post accident medical examination. She tested positive for marijuana metabolites.

Walmart's policy provided for termination of employees who tested positive for illegal drugs. Ms. Whitmire was first suspended without pay and then terminated based on her positive test result. She sued Walmart in Federal District Court under the Arizona Medical Marijuana Act, which generally prohibits discrimination against employees who use medical marijuana, but allows employers to take action against employees, even if they're medical marijuana users, if they're "under the influence" while at work. 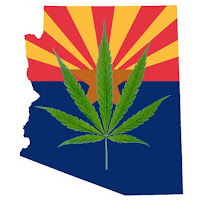 However, the Arizona Medical Marijuana Act says that "a registered qualifying patient shall not be considered to be under the influence of marijuana solely because of the presence of metabolites or components of marijuana that appear in insufficient concentration to cause impairment."

Walmart claimed that it should win the lawsuit because, among other reasons, it believed in good faith that Ms. Whitmire was impaired while at work on the day of her drug test. According to a declaration (a sworn statement similar to an affidavit) provided by a company personnel coordinator, Ms. Whitmire's level of marijuana metabolites was in the highest range that the test registers, and the personnel coordinator said under oath that she believed an employee with that level would be impaired while at work, according to the Judge’s Order.

The court ruled that the opinion of a Human Resources professional on scientific matters such as these wasn't good enough. To have a good-faith belief based only on a drug test result, the court said in its Order, Walmart should have presented evidence from an expert with an appropriate scientific background -- perhaps an M.D., or a scientist with the drug testing laboratory. The personnel coordinator didn't provide any "foundation" apart from the test result to support her good-faith belief that the plaintiff was impaired while at work. This means Ms. Whitmire wins without even having to go to trial. The only issue left to be resolved is how much she is awarded.

Common Sense Counsel: Presumably, the court would accept testimony from a lay witness about reasonable suspicion observations -- for example, that an employee had dilated pupils, smelled like marijuana, and was stumbling around the workplace on the day in question. But, in this case, Walmart did not put Ms. Whitmire's workplace behavior at issue. Walmart had the burden of proof on the good-faith defense, and the court ruled that the sworn testimony of the personnel coordinator did not satisfy the burden. Accordingly, the court -- on its own, without a request from Ms. Whitmire -- granted summary judgment to Ms. Whitmire.

So, employers beware. If you operate in a state that has legal protections for medical marijuana users, and the number of such states is constantly growing, consult with your employment counsel before you take action against a medical marijuana card holder who tests positive for marijuana. In some states, you may even have a duty under state disability discrimination law to consider reasonable accommodations. Also, make sure your drug testing policy does not go up in smoke.

Tommy Eden is a partner working out of the Constangy, Brooks, Smith & Prophete, LLP office in Opelika, AL and West Point, GA can be contacted at teden@constangy.com or 334-246-2901. Link to case at www.alabamaatwork.com. Tommy’s Law Partner Robin Shea posted much of this on her Constangy blog last week.