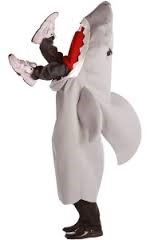 
Just when employers were thinking it was safe to go back into the water again, regulators at Obama’s OSHA, the Department of Labor and EEOC raised their fins above the water line.

OSHA: In high stakes litigation playing out before United States District Judge Sam Lindsey in Dallas, Texas, the government attorneys defeated several employer groups seeking to enjoin OSHA’s post-accident drug testing anti-retaliation provision under 29 CFR 1904.35. Judge Lindsey ruled in his opinion that, “Plaintiffs have not demonstrated a likelihood of irreparable harm necessary for issuance of a preliminary injunction. Plaintiffs’ evidence is based almost entirely on unsupported beliefs, unfounded fear, and speculation regarding the general efficacy of mandatory post-accident drug testing and incident-based safety incentive programs, which are insufficient to establish a substantial threat that irreparable harm will occur if a preliminary injunction is not granted.” The regulation became effective December 1, 2016.

DOL: Just as employers were breathing a sigh of relief when another Texas federal judge stuck down the new overtime rule, on the same day that its rule expanding overtime protection to more than 4 million workers had been scheduled to take effect, the U.S. Department of Labor gave notice that it will appeal the recent nationwide injunction that blocked the rule’s implementation. In a two-page notice, the DOL said it would appeal to the Fifth Circuit the Nov. 22 ruling by U.S. District Judge Mazzant preliminarily blocking the rule.

EEOC: The third shark in the water, the EEOC, announced this week that it is recently updated its strategic enforcement plan for fiscal years 2017-2021 to add the following initiatives:

(a) Qualification standards and inflexible leave policies that discriminate against individuals with disabilities;

(b) Accommodating pregnancy-related limitations under the Americans with Disabilities Act Amendments Act (ADAAA) and the Pregnancy Discrimination Act (PDA);

(e) Addressing discriminatory practices against those who are Muslim or Sikh, or persons of Arab, Middle Eastern or South Asian descent, as well as persons perceived to be members of these groups, arising from backlash against them from tragic events in the United States and abroad

Common Sense Counsel: time to dust off your drug free workplace policy, employee handbook and job descriptions and start adding the necessary shark repellent language before you go back in the deep and sometime scary regulatory waters.

Tommy Eden is a partner working out of the Constangy, Brooks, Smith & Prophete, LLP offices in Opelika, AL and West Point, GA and a member of the ABA Section of Labor and Employment Law and serves on the Board of Directors for the East Alabama SHRM Chapter. He can be contacted at teden@constangy.com or 334-246-2901. Blog at www.alabamaatwork.com