The Devil Made Me Do It 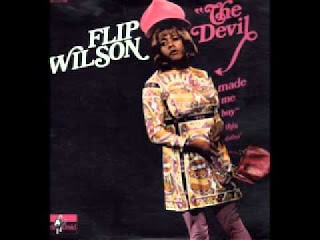 CorpCar is a limousine service company in Houston, Texas who employed Homer Randle as a chauffeur and James Henry as a chauffeur and trainer. In the spring of 2009, various African-American CorpCar employees asked for time off for June 19th, known as "Emancipation Day" or "Juneteenth"—a holiday officially recognized by the State of Texas that commemorates the 1865 announcement in Texas of the abolition of slavery. Approximately 75% of CorpCar's chauffeurs were African-American.


CorpCar scheduled multiple safety meetings for June 18th, 19th, and 20th and required their employees to attend at least one of the meetings. Some of CorpCar's employees expressed disappointment at the scheduling of the meetings on and around the Juneteenth holiday. CorpCar's CEO hired a singing telegram to perform, in costume, at the mandatory meetings.


To the surprise of the employees in attendance, a white woman in a black gorilla suit entered the meeting. The door was closed behind her and a manager stood as if to guard the exit. The woman in the gorilla suit sang, danced, touched employees, and sat in their laps. She did Tarzan yells and repeatedly referred in a suggestive manner to "big black lips," "big black butt," and bananas. This went on for approximately ten minutes while the managers were all seen laughing as a CorpCar employee videoed the performance, later posting it online to YouTube.


The woman in the gorilla suit specifically directed part of her performance at Henry as she called him by name and started approaching him while the manager, who was also videoing with his cell phone, leaned in to Henry and stated, "Okay. Here's your Juneteenth." The performer then said to Henry, "James, are you ready for this? Here's your Juneteenth. Oh, these nice big black hairy lips. Don't you want some? Oh, that nice banana in your pants. You could have worked for La Bare's. Oh, don't you want to make me scream." Management explained that the gorilla performance was intended to raise morale and lighten the mood.


Common Sense Counsel:  You may recall the famous line by comedian Flip Wilson “The Devil Made Me Do It” as he dressed up as Geraldine Jones, whose boyfriend was “killer” (find it on YouTube).  Learn from this real case that humor at the expense of a protected minority can be an expense and painful laugh. The only thing funnier is that CorpCar attempted to appeal the case to the United States Supreme Court and its appeal was denied.


Tommy Eden is a partner working out of the Constangy, Smith & Prophete, LLP offices in Opelika, AL and West Point, GA and a member of the ABA Section of Labor and Employment Law and serves on the Board of Directors for the East Alabama SHRM Chapter. He can be contacted at teden@constangy.com or 334-246-2901. Blog at www.alabamaatwork.com