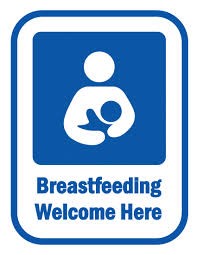 Stephanie Hick was hired in 2009 by the Tuscaloosa Police Department as a patrol officer on the West Alabama Narcotics Squad and worked temporarily as an undercover agent. Hicks learned that she was pregnant on January 6, 2012, and informed her Captain and asked what the policies were for pregnant employees. She was informed that no policies were in place for pregnant employees and the Chief stated that it was at the discretion of her supervisor, as reported in a Federal Judges Order.

On August 8, 2012, before going off on leave, Hicks received her annual evaluation and her overall performance was evaluated as "exceeds expectations." Hicks then took 12 weeks of FMLA beginning mid August 2012, for the birth of her child and on November 26, 2012 returned to duty.

Within an hour of beginning her first day back at work, Hicks was called into the Captain’s office to speak with him and a Sergeant, where she was told that she was being written up in the form of an "informal counseling" for allowing her vehicle to go 1200 miles over the limit for recommended oil changes without changing the oil and for continuing to obtain multiple warrants for individual defendants.

Hicks also discussed with the Captain and Sergeant in this same meeting that she was breastfeeding her new child. The Captain informed Hicks that the police station did not have a pumping area similar to the lactation rooms at City Hall. Hicks asked if she could use the records room to express breast milk, but the Captain indicated that Hicks should use the locker room.

After the meeting, Hicks overheard the Captain and Sergeant discussing wanting to "get rid of that little bitch" and that they would find "any way" they could to do so, along with other more colorful references to Hicks.

Hicks was reassigned and demoted to a less desirable unit in December 2012, after only six days back on the job. She was also required to be on patrol and to wear a bullet-proof vest. On her doctor's orders, Hicks requested a desk assignment because wearing the vest would “impede milk production or cause infection.” Her request was denied and she was given the choice of wearing a larger vest or working without one, the Judge wrote.

Hicks resigned in January 2013, and filed suit against the City under Title VII of the 1964 Civil Rights Act, the Family and Medical Leave Act and state law. A Federal Magistrate Judge in the Northern District of Alabama on Monday ruled her allegations sufficiently stated a triable claim to submit to a jury on pregnancy bias, leave interference, and constructive discharge claims. The “fact that the plaintiff could ‘work-around' the fact that she was not provided a private place to pump [breast milk] at her place of work does not absolve the defendant of its failure to provide her with such a location, as required”, the Judge noted.

Common Sense Counsel: It's unlawful to take adverse employment actions against an employee because she insists on her right to take a break and lactate or for expressing breast milk at work. The Judge’s 45 page opinion is a trail of facts on how to botch a female’s return from pregnancy leave. And with most adverse employment decisions, bad timing is the mother’s milk upon which substantial verdicts rest.