Is That Your DNA? 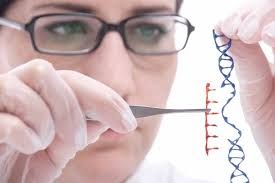 Atlas Logistics Group Retail Services, LLC ("Atlas") of Atlanta Georgia operates warehouses for the storage of products sold at a variety of grocery stores. Beginning in 2012 a mystery employee began habitually defecating in one of its warehouses. which necessitated destruction of some grocery product. To solve the mystery of the devious defecator, Atlas requested some of its employees, including Jack Lowe and Dennis Reynolds, to submit to a cheek swab.

Lowe and Reynolds asserted in their complaint that Atlas managers separately called them into meetings and asked them to provide saliva samples, and threatened them with discipline if they refused to do so. Both claimed to have provided the requested samples “under pressure,” without being informed of their rights under the Genetic Information Nondiscrimination Act ("GINA”) and were also instructed not to tell any other employees about the tests.

The cheek cell samples were then sent to a lab where a technician compared the cheek cell DNA to DNA from the offending fecal matter. Lowe and Dennis were not a DNA match as reported to Atlas. Lowe and Dennis, feeling highly offended and insulted by Atlas’s actions, filed suit in Federal Court in Atlanta under the Genetic Information Nondiscrimination Act ("GINA”) which generally prohibits employers from requesting genetic information from its employees. A summary judgment motion was later filed by Lowe and Dennis requesting a ruling in their favor.

In ruling on the motion in favor of Lowe and Reynolds, the Court determined that the unambiguous language of GINA covered Atlas's illegal requests for Lowe and Reynolds's genetic information and compelled judgment in favor of Lowe and Reynolds. GINA makes it "an unlawful employment practice for an employer to request, require, or purchase genetic information with respect to an employee." 42 U.S.C. § 2000ff-1(b). Section 2000ff-1(b) lists six exceptions to this general prohibition, but Atlas admitted that none of the statutory exceptions applied. GINA defines genetic information as "with respect to any individual, information about (i) such individual's genetic tests, (ii) the genetic tests of family members of such individual, and (iii) the manifestation of a disease or disorder in family members of such individual." 42 U.S.C. § 2000ff(4). The statute defines "genetic test" as "an analysis of human DNA, RNA, chromosomes, proteins, or metabolites, that detects genotypes, mutations, or chromosomal changes." 42 U.S.C. § 2000ff(7). The judge set the case for trial in June 2015.

On June 22 a federal court jury in Atlanta, Georgia awarded a total of $2.23 million to Lowe and Reynolds in the case of Lowe v. Atlas. Lowe was awarded damages to compensate for emotional pain, suffering, inconvenience, mental anguish, loss of enjoyment of life, and other non-monetary losses in the amount of $250,000; Reynolds $225,000. On the question did Atlas  “act with malice or with reckless indifference to the Plaintiffs' federally protected rights such that punitive damages should be assessed against them”; the two men were jointly awarded $1.75 million.

Common Sense Counsel: the Genetic Information Nondiscrimination Act ("GINA”) is far reaching and largely uninterrupted law. This is the first jury verdict I am aware of; and what a verdict over a pile of poop.  Know your legal limitations and risk next time you decide to play DNA detective.

Tommy Eden is a partner working out of the Constangy, Smith & Prophete, LLP offices in Opelika, AL and West Point, GA and a member of the ABA Section of Labor and Employment Law and serves on the Board of Directors for the East Alabama SHRM Chapter. He can be contacted at teden@constangy.com or 334-246-2901. Blog at www.alabamaatwork.com and follow on twitter tommyeden3