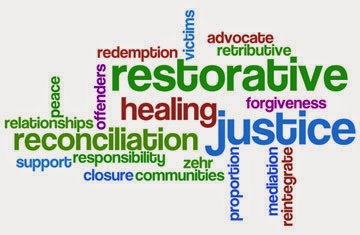 Alabama’s General Fund is currently facing a monumental $250 million dollar funding shortfall all while it has a prison population of over 26,000 ($17,000 approximate yearly costs per inmate) that is just under 200% of prison capacity of 13,318. While recognizing these terrible statistics and rumblings of a federal takeover of Alabama prisons, Governor Bentley last year formed a joint task force to come up with creative prison reforms. Now is the time to reinvent the way our judges, law enforcement, district attorneys, corrections officials, pardons and parole and communities approach the criminal justice system by giving them statutory language which would allow for a completely voluntary Restorative Justice alternative track. Restorative Justice, along with creative employer hiring incentives for qualified offenders, could do much good to empty Alabama Prisons and divert those headed in that direction.

Restorative Justice means criminal justice practices for juveniles, diversion programs, those incarcerated and on parole, which elevates the role of the crime victims and community members in the criminal justice process, holds responsible parties directly accountable to the people and community they have harmed, seeks to restore emotional and material losses, and provides a range of opportunities for community dialogue. A truly magical result is that recidivism rates drop by 50% because for the first time the responsible party has empathy for their victim. Currently 37 States, and numerous foreign countries, have some restorative justice language in their criminal statues that allows, in a completely voluntary setting with a trained Restorative Justice Facilitator, to find solutions that advances the dignity of human life, prioritizes harmed party participation, promotes accountability of the responsible party and cultivates community engagement.
For more information on Restorative Justice go to www.restorativejustice.org which is maintained by the Prison Fellowship Ministry.  Also 2 YouTube videos helped me better understand the power behind the principles from a Christian and secular perspective.

Being with the Energy of Love and Forgiveness with Dr. Mark Umbreit
https://www.youtube.com/watch?v=8OUnOpbmb7g
Broadcast on Jun 18, 2013 on Alabama Public Television

To do my part as your elected member on the Alabama Republican Party Executive Committee, I have placed a Resolution before the entire Committee of 400 to go on record Urging the Legislature to Support Restorative Justice in the Prison Reform Act to be voted on at our February 21 Winter Meeting in Montgomery. My State Senator Tom Whatley has been most supportive in putting proposed Restorative Justice language for consideration as a voluntary alternative in the Alabama Prison Reform legislation being currently considered by the Joint Prison Task Force chaired by State Senator Cam Ward. The Final Prison Task Force meeting and vote will be on Thursday February 26 at 1-4 PM in the archives room at the State Capitol.

Additionally, I have also asked our Lee County Republican Party Executive Committee, in the event such an initiative is enacted into law, to fully support such a Lee County Restorative Justice community program by engaging all diverse segments of their community to be supportive with awareness, education and non – profit fundraising to be used to pay stipends to trained certified Restorative Justice Facilitators, and to otherwise be that missing spoke in the Alabama criminal justice system in our community.

Common Sense Counsel. If your heart and pocketbook have been touched, then quickly let your voice be heard at the State and Local level.

Tommy Eden is a partner working out of the Constangy, Brooks & Smith, LLP offices in Opelika, AL and West Point, GA and a member of the ABA Section of Labor and Employment Law and serves on the Board of Directors for the East Alabama SHRM Chapter. He can be contacted at teden@constangy.com or 334-246-2901. Blog at www.alabamaatwork.com and follow on twitter tommyeden3.
Posted by Tommy Eden at 11:37 AM

SUPREME COURT OF THE UNITED STATES 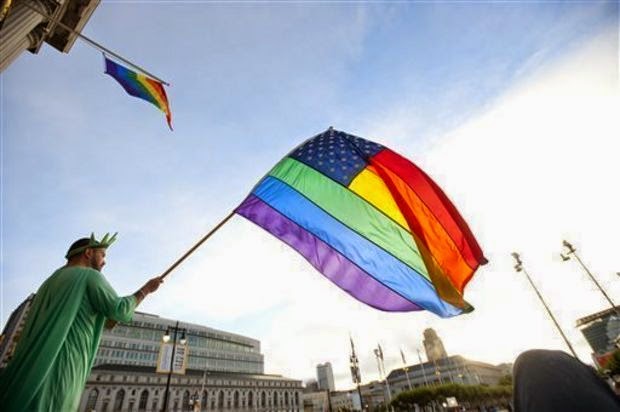 On Wednesday, the 11th Circuit Court of Appeals refused to strike down a decision by United District Judge Jenny Grenade overturning Alabama's ban on same-sex marriages. On Thursday the 11th Circuit issued a memorandum to counsel that it was holding in abeyance (suspending) appeals on all same-sex marriage cases until the U.S. Supreme Court Rules in the case of DeBoer v. Snyder case, to be decided by June or earlier. This past September the United States Department of Labor proposed new rules regarding the definition of who qualifies as a husband or wife under the Family Medical Leave Act (FMLA). These new rules will make profound changes now that same-sex marriage will become the law of Alabama as of February 9, 2015, without further judicial intervention. This comes as the result of the June 26, 2013, U.S. Supreme Court 5-4 decision in United States v. Windsor which declared unconstitutional part of the federal Defense of Marriage Act (DOMA) which defined marriage solely as a legal union between a man and a woman.

Currently the FMLA definition of spouse is "a husband and wife as defined or recognized under state law for purpose of marriage in the state where the employee resides, including common – law marriage in states where it is recognized." Under this definition of “spouse”, currently eligible employees may take FMLA leave to care for a same-sex spouse only if they reside in a state that recognizes same-sex marriage – which Alabama now does. If the new FMLA regulation is implemented as proposed, which appears to be a certainty, the so-called "place of celebration" rule would allow all legally married couples, whether opposite sex or same-sex, or married under common law, to take  FMLA and to be consistent regardless of the State they live in.

Common Sense Counsel: If you have not noticed, we are in the mist of a societal transition. By the end of 2015, 50% of the workforce will be comprised of millennials, those born after 1980, which are driving this issue. Surveys show that 56% of that age group is in favor of same-sex marriage. So you would be wise to consider taking the following steps:

1) Revise your FMLA policy to define "spouse" to  “include employees in a legal same-sex marriage”;
2) Determine what “celebration” documents will be necessary to establish spousal status;
3) Closely examine all handbook provisions to see if you wish to adopt one consistent definition of “spouse”, such as in your bereavement policy;
4) The other hot button issues worthy of throwing in the discussion is adding “sexual orientation and gender identification” in your EEO and Harassment policy to avoid a transgender EEOC charge; and


5) While you are tinkering with your handbook, give it an overhaul with new policies on social media, criminal background checks, solicitation and distribution, union avoidance, drug testing, military leave and workplace violence prevention.

Tommy Eden is a partner working out of the Constangy, Brooks & Smith, LLP offices in Opelika, AL and West Point, GA and a member of the ABA Section of Labor and Employment Law and serves on the Board of Directors for the East Alabama SHRM Chapter. He can be contacted at teden@constangy.com or 334-246-2901. Blog at www.alabamaatwork.com and follow on twitter tommyeden3.
Posted by Tommy Eden at 2:58 PM