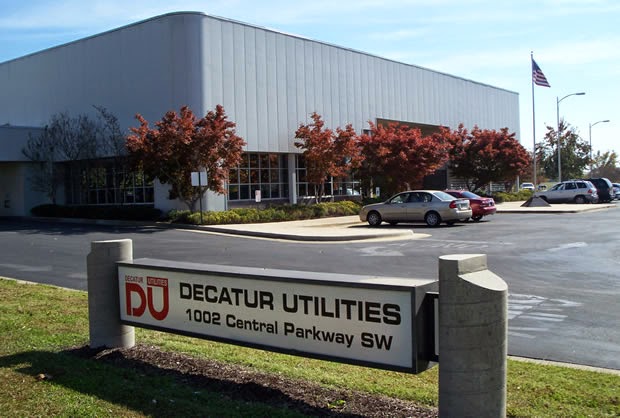 Jwaun Ward, an employee of Decatur Utilities, was randomly selected, along with five other employees, to take a drug test. This was the second time during 2012 that Ward had been randomly selected.

On the morning of his selection, Ward was instructed by his supervisor, in the presence of other employees, to drive to the front office and to "go pee in a cup in front of the work group." Ward testified that he felt "humiliated, embarrassed, and belittled," according to his lawsuit. Ward also gave deposition testimony that  during the previous months of May and June, the same supervisor had said that Ward "was going to be the first n that he fired [for failing] a drug test," and that he was going to make Ward take "four or five" more drug tests before the end of the year in an effort to "kill him with the drug test."

Rather than drive to the front office to take the test, Ward went to the Superintendent’s office and said that he was going home, explaining that he was "not going to entertain his supervisor's request because of the way he asked." Ward then called the Human Resources Manager before leaving the premises and told her about his supervisor's comments. She told Ward that he was selected at random, and that if he refused to take the drug test, then his employment would be terminated. Ward left the premises, according to facts in the Judge's Order.

Ward met with Utility Managers the following morning, to discuss the drug test and offered at that time to be tested. For the first time, Ward stated that he had suffered mistreatment from fellow employees and from his supervisors because of his race. Ward was suspended for refusing the drug test, and the Manager was assigned to investigate his racial allegations.

Ward was later informed during a telephone conversation, that he would be required to complete a drug awareness program in order to retain his employment at Decatur Utilities. Ward refused. The HR Manager later gave deposition testimony that if Ward had taken a later drug test and met with a substance abuse counselor he would not have been fired. Five days later, Ward’s employment with the Utility was terminated.

On December 15, 2014, a Federal District Judge for the Northern District of Alabama granted summary judgment to the Utility on Ward’s race discrimination claim but found creditable evidence that Ward may have been retaliated against since he offered to take a later drug test but was not allowed to do so. The case is Ward v. Municipal Utilities Board of Decatur, Alabama.

Common Sense Counsel: Consistently following a well drafted DOT compliant public entity drug testing policy is absolutely critical to avoiding these types of adverse outcomes. When an employee refuses to be drug tested that is a “refusal” under DOT regulation and cannot be remedied by a later offer to be tested by the employee. The Utility appears to have simply made the wrong call when faced with a difficult dilemma.

Tommy Eden is a partner working out of the Constangy, Brooks & Smith, LLP offices in Opelika, AL and West Point, GA and a member of the ABA Section of Labor and Employment Law and serves on the Board of Directors for the East Alabama SHRM Chapter. He can be contacted at teden@constangy.com or 334-246-2901. Blog at www.alabamaatwork.com