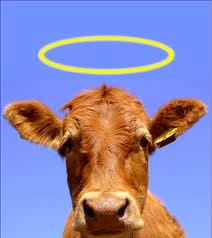 In September 2006, Edward Lane accepted a probationary position as Director of Central Alabama Community College’s Community Intensive Training for Youth Program, a program for at-risk youth in Alexander City, Alabama. Lane promptly audited the program’s finances and discovered that then state representative Suzanne Schmitz was listed on the payroll but was not reporting for work and not otherwise performed tangible work for the program. Schmitz lived in Madison County but refused to report for work at the Huntsville campus.

When Lane raised his concerns about Schmitz internally, College President Steve Franks warned him that terminating Schmitz’s employment could have negative repercussions for both Lane and the College. Despite these warnings, Lane terminated Schmitz’s employment for refusing to report to work.
Schmitz was eventually convicted of federal mail fraud and sentenced to 30 months imprisonment; 36 months of supervised release, 360 community service hours and pay back the $177,251.80 she received in public funds.

Within 90 days after Lane testified at Schmitz's first federal court trial, he was fired by College President Franks. Lane then filed a lawsuit claiming that his termination was in retaliation for his testimony given in the Schmitz case, in violation of his Free Speech First Amendment right.

On June 19, the United States Supreme Court held in a unanimous decision that Edward Lane should not have been denied First Amendment protection, and fired, for his subpoenaed testimony that was a matter of public concern. The high court then sent the case back to the 11th Circuit Court of Appeals on the equitable relief and damages issues.

On October 10, the 11th Circuit held that Lane may seek the equitable relief of reinstatement to his former position at Central Alabama Community College for the First Amendment violation. However, the Court did find that the 11th Amendment to the Constitution precludes an award of damages against the State of Alabama and the College President.

Common Sense Counsel: Edward Lane is a profile in courage whose 8 years of perseverance has been rewarded by the United States Supreme Court and now the 11th Circuit of Appeals. The Lane case deals with the most dangerous specimen of employee – the sacred (someone who engages in protected conduct then is retaliated against). Lane was a whistleblower and employers across America are playing millions in fines and verdicts every month to the Edward Lanes of this world. OSHA enforces 22 different whistleblower anti-retaliation federal laws from truck drivers to healthcare workers. Taking these 5 steps will help you avoid being the target of a whistleblower claim:

1) Prevent the whistle from being blown by putting in place ethics, no retaliation and harassment prevention policies in your handbook;

2) Regular training on your policies with documentation of attendance;

4) Put in place a defensible reporting, investigative and response plan if allegations of wrongdoing surface; and

5) Praise the internal whistleblower instead of firing them.


Tommy Eden is a partner working out of the Constangy, Brooks & Smith, LLP offices in Opelika, AL and West Point, GA and a member of the ABA Section of Labor and Employment Law and serves on the Board of Directors for the East Alabama SHRM Chapter. He can be contacted at teden@constangy.com or 334-246-2901. Blog at www.alabamaatwork.com