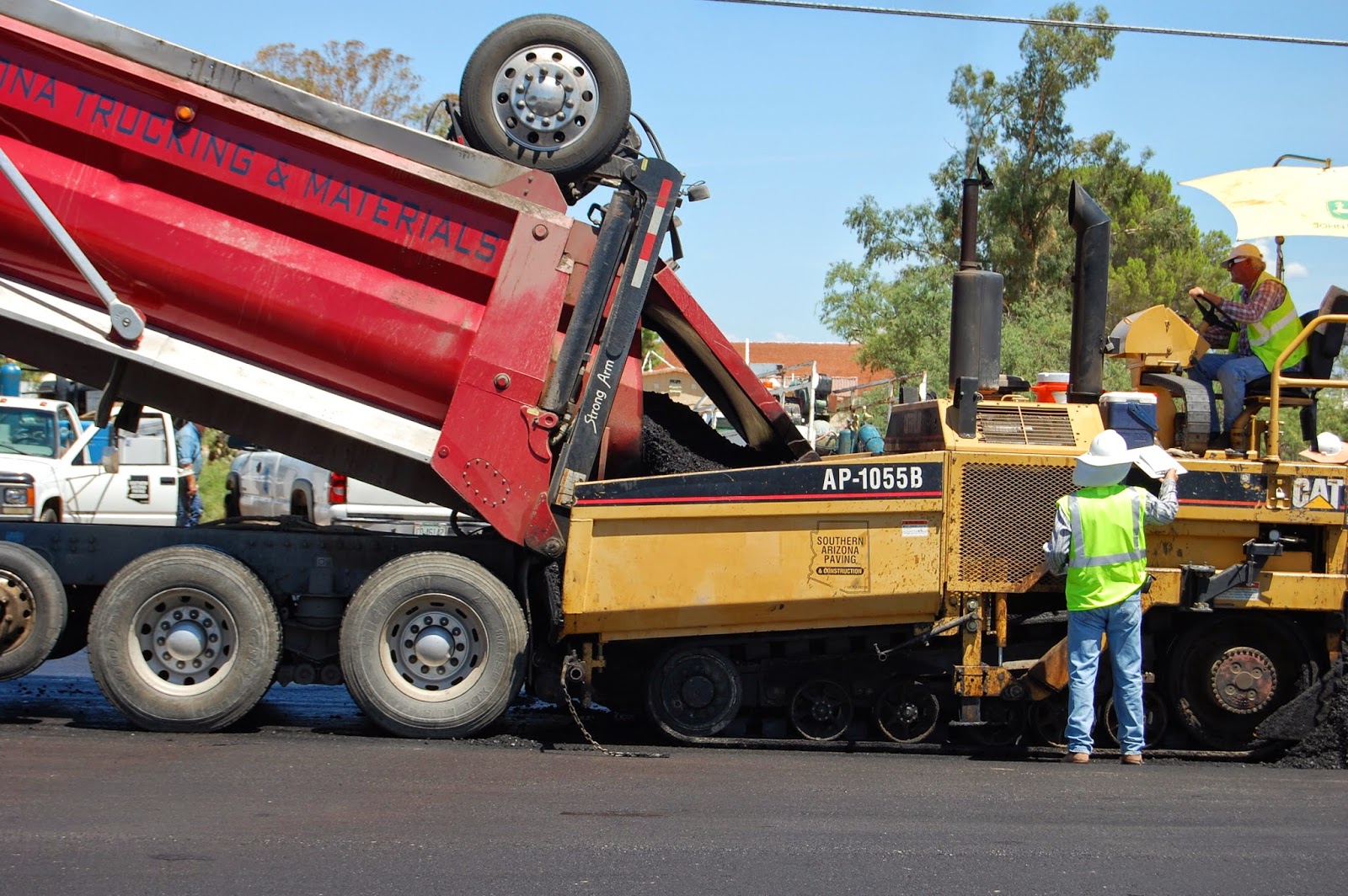 OSHA Press Release 8-18-2014
PONTIAC, Mich. – Asphalt Specialists Inc. has been found in violation of the Surface Transportation Assistance Act by the U.S. Department of Labor's Occupational Safety and Health Administration for wrongfully terminating a foreman and two truck drivers. They had raised safety concerns after being directed to violate U.S. Department of Transportation mandated hours of service for commercial truck drivers.

Headquartered in Pontiac, the asphalt paving company was ordered to reinstate the three employees to their former positions with all pay, benefits and rights. The company was ordered to pay a total of $953,916 in damages: $243,916 in back wages to the drivers, $110,000 in compensatory damages and $600,000 in punitive damages.

"It is illegal for an employer to retaliate against employees who report work-related safety concerns or violations of federal transportation regulations, which require drivers to have a minimum 10-hour rest period between shifts," said Assistant Secretary of Labor for OSHA Dr. David Michaels. "OSHA is committed to protecting workers from retaliation for exercising basic worker rights."

The foreman was terminated from employment on June 30, 2012. The foreman repeatedly raised concerns to the company's co-owner about exceeding hours of service when job assignments repeatedly failed to allow for the 10-hour rest period mandated by the Department of Transportation. At least twice, the foreman and the crew were expected to work more than 27 hours straight. The employee rightfully refused to operate a vehicle in an unsafe manner, which could potentially cause serious injury to the worker, co-workers or the public. OSHA has ordered the foreman to be reinstated and to receive back wages of $147,457, less any applicable employment taxes; $50,000 in compensatory damages and $200,000 in punitive damages.

The second truck driver was terminated from employment on April 26, 2013. The employee also raised concerns about the number of work hours required by the company and refused to sign an affidavit denying that the worker was required to work in excess of the number hours legally permitted. Asphalt Specialists sought the affidavit to use in their response to OSHA's investigation of the fired foreman's claims. OSHA has ordered this driver to be reinstated and to receive back wages of $44,379, less any applicable employment taxes; $30,000 in compensatory damages and $200,000 in punitive damages.

The third driver was terminated from employment on July 8, 2013, after raising concerns about vehicle maintenance and about the number of hours they were expected to drive. OSHA has ordered the driver to be reinstated and to receive back wages of $52,080, less any applicable employment taxes; $30,000 in compensatory damages and $200,000 in punitive damages.

The Surface Transportation Assistance Act covers private-sector drivers and other employees of commercial motor carriers. Companies covered by the STAA may not discharge their employees or retaliate against them for refusing to operate a vehicle because doing so would either violate a federal commercial motor vehicle rule related to safety, health or security, or because the employee had a reasonable apprehension of serious injury to themselves or the public because of a vehicle's safety or security condition.
Any of the parties in this case can file an appeal with the department's Office of Administrative Law Judges.

Employers are prohibited from retaliating against employees who raise various protected concerns or provide protected information to the employer or to the government. Employees who believe that they have been retaliated against for engaging in protected conduct may file a complaint with the secretary of labor to request an investigation by OSHA's Whistleblower Protection Program. Detailed information on employee whistleblower rights, including fact sheets, is available at http://www.whistleblowers.gov.

Under the Occupational Safety and Health Act of 1970, employers are responsible for providing safe and healthful workplaces for their employees. OSHA's role is to ensure these conditions for America's working men and women by setting and enforcing standards, and providing training, education and assistance. For more information, visit http://www.osha.gov.