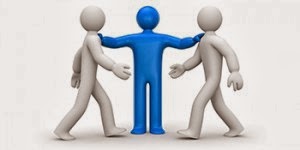 Three Technicians working for DIRECTV each signed an arbitration agreement requiring that “all claims or controversies . . . past, present or future, arising out of an employee’s employment or termination be submitted to binding arbitration, including claims for wages or other compensation due . . . and claims for violation of any federal, state, or other governmental law, statute, regulation, or ordinance.”

In November 2011, the Technicians filed a demand for collective or class arbitration alleging that DIRECTV failed to pay them overtime wages in violation of the Fair Labor Standards Act (FLSA).

The Technicians sought to bring their case on behalf of themselves and all other similarly situated employees. The arbitrator agreed and issued an order finding their arbitration agreements provided for collective arbitration. Not liking the result, DIRECTV filed a petition in the district court seeking to vacate the arbitrator’s award and won. The District Court Judge ruled that the arbitrator had exceed her authority and was to hear the FLSA claims individually and not collectively.

Reversing the District Court Judge earlier this week, the 11th Circuit Court of Appeals found in favor of the Arbitrator’s authority to hear the collective action noting “the agreements were worded broadly, encompassing all past, present, and future claims or controversies relating to wages and compensation. According to the arbitrator, the plain language of the agreements explicitly allowed the Technicians to assert their rights on a collective basis.” The U.S. Supreme Court's ruling in Oxford Health Plans LLC v. Sutter early this year greatly expanded arbitration as a means of resolution of a broad range of employment disputes. The case is DIRECTV LLC v. John Arndt et al

Common Sense Counsel: Now is the time to consider the benefits of a well designed dispute resolution program. Such a program increases the prospects that concerns will be resolved before they ripen into actual EEOC Charges, DOL Investigations, Lawsuits, you name your worst employment nightmare. In light of the emerging case law favoring alternatives to court litigation, now is a good time to consider options for designing an employee dispute resolution program and the potential business advantages - not the least of which is not having to spend a sunny day locked in a windowless room with a plaintiff’s attorney with an attitude.

The best programs have the following:
1) an internal complaint process with a promise of no retaliation;
2) a toll free hot line for multiple location employers;
3) handbook provisions giving employee two channels to make their complaint and fair investigation process; 4) well drafted and broadly worded arbitration provision that will pass court scrutiny;
5) training for all employees on the process;
6) private arbitration panel of former local judges and mostly importantly;
7) a Human Resource professional with a listening ear and risk reduction mindset.

Tommy Eden is a partner working out of the Constangy, Brooks & Smith, LLP offices in Opelika, AL and West Point, GA and a member of the ABA Section of Labor and Employment Law and serves on the Board of Directors for the East Alabama SHRM Chapter. He can be contacted at teden@constangy.com or 334-246-2901. Blog at www.alabamaatwork.com
Posted by Tommy Eden at 12:02 PM 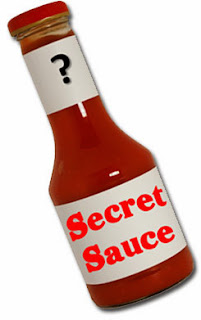 Common Sense Counsel: Allegations of misappropriation of trade secrets or other intellectual property expose companies and individuals to serious criminal and civil liability. The employee of your competitor who brings the secret sauce recipe to your business can sometimes leave you nothing but a bad taste.
There are several actions a company can take to avoid being accused of Trade Secret violations and to protect their own secrets: 1) request information from new hires about any non-competes and confidentiality agreements; 2) protect your own secrets with use of him effective nondisclosure and confidentiality agreements; 3) when you have a protectable interest, consider use of non-compete and non-solicitation agreements as permitted by state laws; 4) inform employees that the company does not engage in or approve of any sort of trade secrets misappropriation; 4) limit the accessibility of confidential, proprietary and trade secret information to those employees who require such information in order to perform their jobs; 5) Prior to an employee’s departure from the company, collect company laptops, cell phones, flash drives and other devices, and check that electronic documents have been returned or deleted from any cloud-storage application; 6) remind departing employees in writing of previously signed agreements regarding confidential, proprietary and trade secret information; and 7) get a signed statement acknowledging that the departing employee has not retained or forwarded any document, writing, email, voicemail or text message containing confidential or proprietary information.
Tommy Eden is a partner working out of the Constangy, Brooks & Smith, LLP offices in Opelika, AL and West Point, GA and a member of the ABA Section of Labor and Employment Law and serves on the Board of Directors for the East Alabama SHRM Chapter. He can be contacted at teden@constangy.com or 334-246-2901. Blog at www.alabamaatwork.com
Posted by Tommy Eden at 1:38 PM 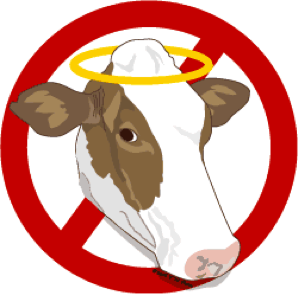 After working at A.B. Data for only four months, Michael Benes charged the firm with sex discrimination. As background, A.B. Data  is a consulting firm whose website takes credit for the direct mail campaigns in the 2008 and 2012 elections for Senator and then President Obama. The Employment Opportunity Commission (EEOC) arranged for mediation in which, after an initial joint session, the parties separated and a go-between relayed offers. In a separate-room mediation, each side (including attorneys and assistants) stays in its own room with the mediator shuffling between rooms.

But on receiving a settlement proposal that he thought too low, Benes stormed into the room occupied by his employer's representatives and said loudly: "You can take your proposal and shove it up your  a** and fire me and I'll see you in court." Benes stalked out, leaving the employer's representatives shaken. Within an hour, A.B. Data accepted Benes’ counterproposal and fired him for his misconduct during an EEOC sponsored mediation.

Benes replied by filing suit in Wisconsin Federal Court under 42 U.S.C. § 2000e-3(a), the anti-retaliation provision of Title VII of the Civil Rights Act of 1964. His claim of sex discrimination had been abandoned as part of the mediation. The Judge granted A.B. Data’s motion for summary judgment concluding that Benes had been fired for misconduct during the mediation, not from making a supporting charge of discrimination. The Judge stated that the EEOC statute only bans retaliation because an employee has opposed any practice made an unlawful employment practice or because they have made a charge, testified, assisted, or participated in any manner in an investigation, proceeding, or hearing.

Benes then appealed the lower court’s grant of summary judgment to the Seventh Circuit Court of Appeals. In affirming the lower court’s ruling dismissing the case the panel found that “We cannot see why misconduct during mediation should be consequence free…if it did nothing else, the incident demonstrated Benes's hotheaded inability or unwillingness to follow instructions about important matters.” The court determined that the law does not forbid all responses to the filing of discrimination charges with a government agency, only those that would dissuade a reasonable worker from making or supporting a charge of discrimination. The case is Benes v. A.B. Data Ltd.,

Common Sense Counsel: this case is a great example of how an employer can properly handle an out-of-control abusive or threatening employee who has previously engaged in protected activity, such as filing an EEOC charge or lawsuit. Take action now to update your handbook and train your staff to deal with the sacred cow employee (one who thinks they are bulletproof) by answering the following questions: 1) Can you prove that the employee had fair notice of the rules or standards of conduct or production standards? 2) Did you conduct a fair investigation before a decision was made? 3) Were you consistent in the manner in which discipline was administered? 4) Did you first utilize progressive discipline? 5) Have you developed an objective and respectfully worded paper document trail proving you followed each one of the above steps? See my July 2013 post "Bullet-Proofing your Employee Discharge Decision"“. This article goes into detail on each of the above questions.

Tommy Eden is a Lee County native, an attorney with the local office of Constangy, Brooks & Smith, LLP and a member of the ABA Section of Labor and Employment Law and serves on the Board of Directors for the East Alabama SHRM Chapter. He can be contacted at teden@constangy.com or 334-246-2901. Employment Blog at www.alabamaatwork.com 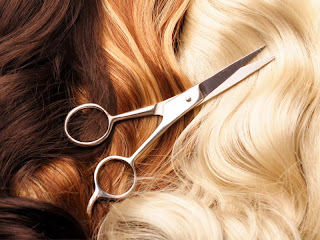 Chastity Jones applied online for the position of a customer service representative with Mobile, Alabama based Catastrophe Management Solutions Inc. (CMS) and was among a group of applicants selected to participate in a face-to-face group interview. Jones, African American, participated in the interview with blonde hair dreaded into neat curls known as “curllocks.” Human resources staff conducted the interview and offered Jones the position.

However, later that same day while meeting with Jones to discuss her training schedule, a CMS manager realized that Jones’ curled hair was, in fact, in dreadlocks. The manager informed Jones that her hair violated the CMS grooming policy and that in order to obtain employment, she would have to cut off her dreads. Jones refused and the employment offer was rescinded.

CMS’s policy does not explicitly ban dreadlocks but stated as follows: "All personnel are expected to be dressed and groomed in a manner that projects a professional and businesslike image while adhering to company and industry standards and/or guidelines...hairstyle should reflect a business/professional image. No excessive hairstyles or unusual colors are acceptable...”
The CMS manager had interpreted the excessive hairstyle policy as a ban on all dreadlocks.

Jones then filed a Charge of Race Discrimination with the EEOC. The U.S. Equal Employment Opportunity Commission processed her charged and this week decided to file suit on her behalf in the U. S. District Court for the Southern District of Alabama, Selma Division claiming violations of Title VII of the Civil Rights Act of 1964 and Title I of the Civil Rights Act of 1991 by implementing a policy that prohibited employees from wearing dreadlocks and enforcing that policy against Chastity Jones. The case is Equal Employment Opportunity Commission v. Catastrophe Management Solutions.

Common Sense Counsel: Issues involving hair, dress, grooming and piercing in our “individualistic culture” can be highly sensitive. Employers can avoid similar Charges and lawsuits by first developing grooming policies which conform to EEOC guidelines and second by training management personnel on proper implementation. CMS developed a grooming policy which, on paper, might appear to be racially neutral but apparently failed to correctly train its managers. It is the EEOC’s position in this lawsuit that hair grooming decisions and policies and their implementation should take into consideration differing racial traits, and cannot penalize blacks because they do not conform to normative standards for other races.

Similar dress and grooming issues have arisen in religious discrimination cases involving Abercrombie & Fitch Stores refusal to hire Muslim women in a headscarf because they did not fit “Its Look Policy.” An employer's obligation to engage in an interactive accommodation process is triggered when it is made aware that an employee or applicant has an objection to an employment policy based on some federally protected grounds. Training your managers to perk up their  ears whenever that occurs is just good business.

Tommy Eden is a partner working out of the Constangy, Brooks & Smith, LLP offices in Opelika, AL and West Point, GA and a member of the ABA Section of Labor and Employment Law and serves on the Board of Directors for the East Alabama SHRM Chapter. He can be contacted at teden@constangy.com or 334-246-2901. Blog at www.alabamaatwork.com