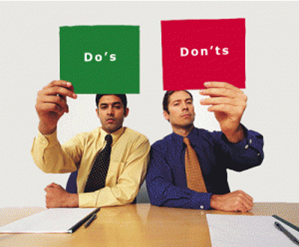 The Alabama Cooperative Extension System has three recently posted on its YouTube Channel and Website DO’s and DON’Ts for Private Employers Under the Alabama Guns in the Parking Lot Act & 7 Tips to Prevent Workplace Violence. All Alabama employers will be affected by Alabama Act 2013-283, commonly known as the "Guns in the Parking Lot Act," which was signed into law May 22, 2013, by Alabama Gov. Robert Bentley and will become effective August 1, 2013. The new law restricts an employer’s right to prohibit the storing and transporting weapons in locked personal vehicles, out of plain view, in an employer’s parking lot. The new law applies to handguns for those employees with a pistol permit, and hunting rifles and shotguns for those employees with an Alabama Hunting License.

The Alabama Cooperative Extension System, the Alabama Federation of Independent Business and Tommy Eden of the management labor law firm of Constangy, Brooks and Smith, LLP partnered to present this two-part webinar. “The webinar is a great tool for every Alabama employer to use for both workplace violence prevention training as well as to educate its supervisors and employees on the new Act,” said Dr. Gary Lemme, Director of the System.

“With thousands of Alabama residents holding a concealed weapons permit, as well as an Alabama Hunting License, this law will have significant implications within the workplace for employers and employees alike and employers need to be thinking prevention. Workplace violence is a nationwide problem and this new law gives every employer a great opportunity to but in place a Workplace Violence Prevention Policy in conformity with the new Act and involve their employees to be part of the solution and not part of the problem,” says Eden. “Every employer should seriously consider developing now a liaison relationship with local law enforcement before an issue of workplace violence ever arises,” counseled Sheriff Jones in the Webinar.

Eden stresses that while the law prohibits employers from enacting and enforcing policies that prevent employees from transporting or storing out of sight firearms in their locked, private vehicles in an employer parking lot, it does not prevent employers from restricting in their policy the possession of concealed handguns on other parts of company property, or while in the performance of duties for the employer. “Employers will need to adopt a written policy and possibly a workplace violence prevention poster to make sure all employees understand their policy. Employers who take adverse action against an employee who lawfully takes advantage of the protections of the Act may subject their company to a lawsuit,” says Eden.

The training, hosted by Eden along with Alabama NFIB Director Rosemary Elebash and Lee County Sheriff Jay Jones, is available at: http://bit.ly/13hDF0x, and is viewable on any mobile device on the System’s YouTube channel or www.aces.edu website.

"While, in the view of many, the new law strongly affirms the Second Amendment right to keep and bear arms, it does present employers with several challenges that should be carefully sorted out before the law goes into effect in August”, says Elebash.

Elebash and other trainers stress the importance of employers familiarizing themselves with all the implications of the new law so they can anticipate the kinds of workplace policies that should be put in place when the law becomes effective August 1, 2013. As she stresses, the new law creates several legal nuances which employers may initially find challenging.

Section 5 of the new law creates absolute immunity for employers in the event a firearm stored in the employer parking lot is involved in a workplace incident.
With the signing of this act May 22, 2013, Alabama joins 18 other states that have passed similar "guns-at-work" or "parking-lot" laws, though the restrictions on employers rights to restrict the storage and transportation of firearms vary from state to state.
Posted by Tommy Eden at 8:46 AM