Employee Resignation-Get it in Writing 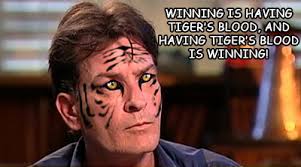 Bilqis Miles (“Miles”) suffered a psychotic break in 2008 while at working at Nashville Electric Service (“NES”) causing her to run screaming from the building. In the fall of 2010, she took medical leave under the Family Medical Leave Act (FMLA) on three occasions.

On April 11, 2011, Miles suffered another psychotic break—acute psychosis including visual hallucinations—that required hospitalization for which she was granted FMLA leave. Miles was discharged from the hospital on April 18, 2011.

On May 5, 2011, Mile submitted a medical release to NES stating that she was “capable to return to work without restriction as of 5/4/11.” The next day Miles informed her supervisor that she would not be coming back to work. She then submitted a handwritten signed letter of resignation at the request of her supervisor.

Three days later, Miles sought to rescind her resignation, but NES refused to reinstate her. Miles then sued contending that her resignation was coerced and that NES did not fulfill its duty under the FMLA to determine whether she was requesting further medical leave following her return to work. She claimed that NES interfered with her rights under the FMLA by accepting her resignation and not second guessing her decision.
The United States District Court Judge found that the evidence demonstrated that Miles voluntarily quit her job and that NES had no duty under the FMLA to second-guess her decision to resign; granting summary judgment to NES. On May 14, the Sixth Circuit Court of Appeals agreed holding that NES did not violate the FMLA.

To invoke the protection of the FMLA, the Circuit Court said, “an employee must provide notice and a qualifying reason for requesting the leave, and nothing in the Act places a duty on an employer to grant leave without such a request or notice by the employee…At issue in this appeal is whether NES failed to fulfill a duty to inquire further in the context of Miles’ conversation with [her supervisor] to determine whether Miles was requesting leave for a potentially FMLA-qualifying reason?” Under the FMLA, when an employer does not have sufficient information about the reason for an employee’s use of leave, “the employer should inquire further of the employee ... to ascertain whether leave is potentially FMLA-qualifying.” (Miles v. Nashville Electric Service)

Common Sense Counsel: Top 7 FMLA Tips:
• Always get an employee resignation in writing, dated and signed;
• Use the right FMLA Policy language and Forms and know the Regulations;
• Start the FLMA clock when WC claim is filed;
• Train superiors to get HR involved when the employer “should inquire further” and not “second guess”;
• Use your Occupational Doctor to get wise advice;
• Build your letter paper trail; and
• Remember that ADA reasonable accommodation rights arise once FMLA exhausted.

Tommy Eden is a Lee County native, an attorney with the local office of Constangy, Brooks & Smith, LLP and a member of the ABA Section of Labor and Employment Law and serves on the Board of Directors for the East Alabama SHRM Chapter. He can be contacted at teden@constangy.com or 334-246-2901.