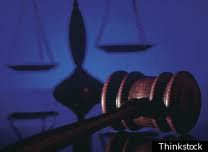 On June 9, 2011, Alabama Governor Robert Bentley signed into law the Beason-Hammon Alabama Taxpayer and Citizen Protection Act (the “Act”) and on September 28th U.S. Federal District Judge Sharron Blackburn temporally enjoined (stopped from going into effect) certain portions of the Act. The Act is generally effective September 1, 2011 but was enjoined until September 29th, 2011. Almost all of the provisions affecting Alabama employers, including public employers, remained in place and impose significant new obligations. The following list is a Do’s and Don’t summary of the employer obligations updated following Judge Blackburn’s September 28th ruling:

1. DON’T knowingly employ, hire for employment, or continue to employ an unauthorized alien to perform work within the State of Alabama. You must verify the status of every new employee through the federal E-Verify procedures and fire unauthorized aliens.

2. Do enroll in E-Verify. Effective April 1, 2012, each and every business entity or employer must have enrolled in E-Verify to verify the employment eligibility of every new hire in the State of Alabama. E-Verify provides a safe harbor so that an employer who uses the E-Verify system “shall not be deemed to have violated [Section 15 of the Act] with respect to the employment of that employee.” A business entity or employer that uses E-Verify to verify the status of an employee in good faith “and acts in conformity with all applicable federal statutes and regulations is immune from liability under Alabama law for any action by an employee for wrongful discharge or retaliation based on a notification from the E-Verify program that the employee is an unauthorized alien.” Three violations involving employment of unauthorized aliens can result in permanent revocation of all licenses and permits to do business throughout the State of Alabama

3. DO schedule Form I-9 Supervisor Training. E-Verify system is only as accurate as the information collected on form I-9. Also, do put an E-Verify policy in your employee handbook and make sure that you are using the latest version of Form 1-9.

4. DO have an outside audit done of your Form I-9s and Immigration Practices. E-Verify is an employer’s only get out of jail card with Immigration Compliance and Enforcement (ICE) and the only safe harbor under the Alabama Immigration Act. Millions of dollars of ICE fines and prison sentences have been levied against employers that are out of compliance. Effective January 1, 2012 every business entity, employer and subcontractor that contracts with any public entity in the State of Alabama will have to prove by affidavit, under penalty of perjury, that they are enrolled in E-Verify and have a good faith belief that they are currently only employing those legally eligible to work in the United States. [Section 9 of the Act]. Use of E-Verify is a safe harbor in this situation because two employment violations can result in permanent revocation of all licenses and permits to do business throughout the State of Alabama

5. DO properly terminate any employee if you become aware of their illegal status. The employer could face severe business penalties involving probation, suspension and permanent revocation of Alabama business licenses and permits.

6. DON’T enter into contracts with illegal aliens. The Act provides that no court shall enforce the terms of, or otherwise regard as valid, any contract between a party and an alien unlawfully present in the United States.

7. DO have employees carry ID proving they are lawfully in the U.S. Significantly, Judge Blackburn left in place Section 10 (willful failure to carry an alien registration document-Class C misdemeanor); Section 18 (drivers of motor vehicles to have their drivers licenses in their possession at all times or subject to detention to verify citizenship); and Section 30 (must prove lawful status to enter into any “business transaction” with public entity, i.e. business license, license plate, drivers license renewal, non driver ID card, etc.). An unexpired Alabama Drivers License or Nondrivers Identification Card issued by the Alabama Division of Motor Vehicles is sufficient verification of lawful status to meet all three Sections. Placing in your job description that possession of a valid Alabama drivers license as an essential job qualification is a good way to deal with this issue.

Tommy Eden is a Lee County native and attorney with Capell & Howard, P.C. and a member of the ABA Section of Labor and Employment Law, and presented throughout the State of Alabama on Immigration Workplace Compliance in 2011 and also to the Governor’s Commission in 2008. Tommy can be contacted at tme@chlaw.com or 334-241-8030 and a more detailed summary of the Act is at www.alabamahrlaw.blogspot.com