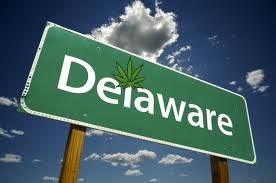 The Delaware General Assembly began experimenting with marijuana legislation with the passage of Senate Bill 17 (“S.B. 17”), on May 11, 2011. The law signed by Governor Markell without ceremony. Delaware is the 16th state, with the District of Columbia, that has laws legalizing marijuana for medicinal purposes.

There are some key differences in the Delaware law that could have a major impact on Delaware employers. As with the other states, S.B. 17 decriminalizes marijuana under state law in certain limited circumstances. Delaware residents with certain specific debilitating medical conditions and who have received certification of a physician may apply for a state-issued medical marijuana card. Cardholders are permitted to possess no more than 6 ounces of marijuana and are not permitted to grow their own.

Cardholders may then legally purchase marijuana at state-licensed non-profit dispensaries known as “compassion centers." Only one state licensed dispensary in each county. The Delaware Department of Health and Social Services which will administer the registrations for patients, caregivers, and compassion centers, has until July 1, 2012, to develop the regulations needed to implement the new law.

However, S.B. 17 differs from most states in that it contains provisions that apply directly to employers. Although the bill prohibits cardholders from using medicinal marijuana at work, it also bars discrimination against them in hiring, termination, or other terms and conditions of employment. S.B. 17 makes it clear that positive drug tests can’t serve as a basis for discipline of a cardholder unless the person “used, possessed, or was impaired by marijuana” at work during normal working hours.

Further, the law states that cardholders “shall not be considered to be under the influence of marijuana solely because of the presence of metabolites or components of marijuana that appear in insufficient concentration to cause impairment” in a drug test.

Across the nation, courts have held that employers have no duty to accommodate medical marijuana use, under either state law or the federal Americans with Disabilities Act. The ADA, does not protect individuals who are currently using illegal drugs and under federal law marijuana is still an illegal drug.

Common Sense Counsel: Delaware employers should review and revise their drug testing policies in light of S.B. 17. Specifically, the employer should address the employee's use of medical marijuana as a safety issue, as you would with any impairing affect medication. Some jobs are subject to federal regulations prohibiting drug use and imposing testing requirements that cannot be overridden or abrogated by state law.

Tommy Eden is a Lee County native, an attorney with Capell & Howard, P.C. and a member of the ABA Section of Labor and Employment Law, and on the EASHRM Board of Directors. He can be contacted at tme@chlaw.com or 334-501-1540.
Posted by Tommy Eden at 2:38 PM