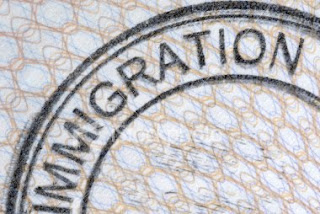 Vanderbilt Landscaping of Nashville, TN has agreed to pay $18,000 in civil money penalties to resolve violations of the federal H-2B temporary nonimmigrant worker program following investigations by the U.S. Department of Labor’s Wage and Hour Division and its Employment and Training Administration. The company also agreed not to participate in the department’s foreign labor certification program for a period of three years under terms of a settlement entered with the department’s Office of Administrative Law Judges.

The Employment and Training Administration of the DOL is charged with administering the H-2B program nationwide. The Wage and Hour Division ensures that all H-2B workers are paid the wages they have earned under federal law.

In its application for H-2B workers, Vanderbilt Landscaping had agreed to comply with all aspects of the program, but a team of Wage and Hour Division investigators found that the company willfully violated some provisions by placing workers outside the approved area of intended employment, not conducting required recruitment of U.S. citizens and misrepresenting the company’s reason for the temporary need for H-2B workers. The company agreed to the settlement without admitting to any violations.

In a separate case, Vanderbilt Landscaping recently agreed to pay $18,496 to 42 workers after an Wage and Hour Division investigation found workers were not compensated for visa and transportation costs that reduced their wages below the federal minimum wage. The company also failed to compensate workers for all hours spent on job duties, resulting in them not receiving overtime pay when hours worked exceeded 40 hours in a week. Back wages in that case have been paid to all workers who could be located.

The H-2B program permits employers to temporarily hire nonimmigrants to perform nonagricultural labor or services in the United States. The employment must be of a temporary nature for a limited period of time, such as a one-time occurrence or for seasonal, peak load and intermittent needs. The H-2B program requires the employer to attest to the Department of Labor that it will offer a wage that equals or exceeds the highest of the following: the prevailing wage, the applicable federal minimum wage, the state minimum wage or the local minimum wage. That wage must be paid to the H-2B nonimmigrant worker for the occupation in the area of intended employment during the entire period of the approved H-2B labor certification. The H-2B program also establishes certain recruitment and displacement standards in order to protect similarly employed U.S. workers.

The Fair Labor Standards Act requires that covered employees be paid at least the federal minimum wage of $7.25 per hour as well as time and one-half their regular hourly rates for every hour they work beyond 40 per week. The law also requires employers to maintain accurate records of employees’ wages, hours and other conditions of employment, and prohibits employers from retaliating against employees who exercise their rights under the law.

Common Sense Counsel: if you are going to use these visa program to bring in foreign workers know and follow the rules. The H-2B non-agricultural temporary worker program allows U.S. employers to bring foreign nationals to the United States to fill temporary nonagricultural jobs. A U.S. employer must file a Form I-129, Petition for Nonimmigrant Worker, on a prospective worker’s behalf.

To qualify for H-2B nonimmigrant classification:

· The employer must establish that its need for the prospective worker’s services or labor is temporary, regardless of whether the underlying job can be described as permanent or temporary. The employer’s need is considered temporary if it is a one-time occurrence, a seasonal need, a peak-load need, or an intermittent need

· The employer must demonstrate that there are not sufficient U.S. workers who are able, willing, qualified, and available to do the temporary work

· The employer must show that the employment of H-2B workers will not adversely affect the wages and working conditions of similarly employed U.S. workers

There is a statutory numerical limit, or “cap,” on the total number aliens who may be provided H-2B nonimmigrant classification during a fiscal year.

Once the H-2B cap is reached, USCIS may only accept petitions for H-2B workers who are exempt from the H-2B cap. For additional information on the current H-2B cap, see the “Cap Count for H-2B Nonimmigrants” link at http://www.blogger.com/www.uscis.gov/h-2b_count.

· Step 2: Employer Submits Form I-129 to USCIS. After receiving a temporary labor certification for H-2B employment from either the U.S. Department of Labor or Guam Department of Labor (if applicable), the employer should file a Form I-129, Petition for Nonimmigrant Worker, with USCIS requesting H-2B workers. The approved temporary labor certification must be submitted with the Form I-129. (See the instructions to the Form I-129 for additional filing requirements.)

* Note: Employers requesting employment in a position that is exempt from the U.S. Department of Labor’s temporary labor certification application filing requirement may skip Step 1 in the H-2B process.

H-2B petitions may only be approved for nationals of countries that the Secretary of Homeland Security has designated, with the concurrence of the Secretary of State, as eligible to participate in the H-2B program*.

The list of H-2B eligible countries is published in a notice in the Federal Register (FR) by the Department of Homeland Security (DHS) on a rolling basis. Designation of countries on the H-2B list of eligible countries will be valid for one year from publication.

An individual who has held H-2B nonimmigrant status for a total of three (3) years is required to depart and remain outside the United States for an uninterrupted period of three (3) months before seeking readmission as an H-2B nonimmigrant. See 8 CFR 214.2(h)(13)(iv) for further details on departure requirements.

Petitioners of H-2B workers must notify USCIS within 2 workdays if an H-2B worker is a:

· No show: an alien who fails to report to work within 5 work days of the employment start date on the H–2B petition

· Absconder: an alien who fails to report for work for a period of 5 consecutive workdays without the consent of the employer

· Termination: an alien who was terminated prior to the completion of agricultural labor or services for which he/she was hired; or

· Early Completion: an alien who completes the H-2B labor or services for which he/she was hired more than 30 days early.

As stated in a notice published by DHS in the federal register on December 19, 2008, petitioners must include the following information in their Employment-Related notification:

1. The reason for the notification (for example, explain that the worker was either a “no show,” “absconder,” “termination,” or “early completion)”

2. The reason for untimely notification and evidence for good cause, if applicable

3. The USCIS receipt number of the approved H–2B petition

5. The employer’s information (if different from that of the petitioner):

Additionally to assist USCIS with identification of the H-2B worker, USCIS requests that, if available, petitioners also submit each H-2B worker’s:

Tommy Eden is a Lee County native and attorney with Capell & Howard, P.C. and a member of the ABA Section of Labor and Employment Law, and presented throughout the State of Alabama on Immigration Workplace Compliance and also to the Governor’s Commission in 2008. Tommy can be contacted atmailto:tme@chlaw.com or 334-501-1540