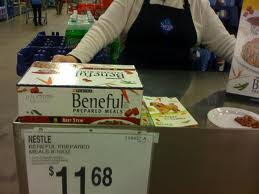 A least nine employees of Mexican descent at the Sam’s Club in Fresno, California, owned by Wal-Mart, endured ethnic slurs and derogatory remarks by a fellow co-workers since late 2005. They were reportedly barraged with near-daily insults about Mexicans, such as “f----n’ wetbacks,” and references to Mexicans only being good for cleaning the harasser’s home, according to the EEOC lawsuit brought on their behalf.

The harasser, Hispanic herself, even threatened to report three of the victims to immigration authorities despite their legal status. The victims and harasser – all female – worked in the demonstration department, serving food samples to customers.

These Sam’s Club employees complained about the hostile work environment to management as early as April 2006, and nothing was done. The harassment only intensified after their complaints and led to further intimidation. Another store employee began deriding a victim for her inability to speak English. When the official EEOC charge of discrimination was filed in October 2006, Sam’s Club finally discharged the Hispanic harasser in December 2006.

In May 2009, the EEOC filed its lawsuit in the U.S. District Court, Eastern District of California, EEOC v. Walmart Stores, Inc. dba Sam’s Club, et al., claiming that the harassment, and Wal-Mart’s failure to appropriately address it, was in direct violation of Title VII of the Civil Rights Act of 1964. Sam’s Club agreed to pay the victims $440,000 and furnish other relief to settle this national origin harassment lawsuit on April 14, 2011.

Aside from the monetary relief, Sam’s Club entered into a three-year Federal Court consent decree which requires it to comply with the following at the stores in question:
• review and make available its policies against and complaint procedures for national origin discrimination, harassment and retaliation;
• provide training to non-management employees in the Fresno location regarding anti-discrimination laws, including national origin discrimination and harassment;
• provide separate training to management employees in the Fresno and Bakersfield locations which will including training on how to receive, investigate, or report to designated officials complaints of national origin discrimination, harassment and retaliation;
• set up a record-keeping procedure for the Fresno location that provides for the centralized tracking system for such complaints;
• report the handling of such complaints and compliance with the decree to the EEOC; and
• provide neutral references for the victims upon inquiry.

Common Sense Counsel: it is well understood that a work environment that is free of harassment ensures a more productive and harmonious workplace for all. Alabama employers failing to take immediate action when they receive a report of such policy violation send a message that such behavior is tolerated, giving license for others to do the same. Several of the terms of the consent decree are actually good employment risk reduction practices for all Alabama employers to consider.

Tommy Eden is a Lee County native, an attorney with the local office of Capell & Howard and a member of the ABA Section of Labor and Employment Law and serves on the Board of Directors for the East Alabama SHRM Chapter. He can be contacted at tme@chlaw.com or 334-501-1540.
Posted by Tommy Eden at 3:03 PM