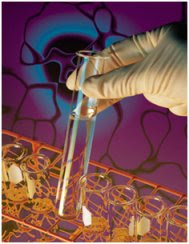 In NASA v. Nelson http://www.supremecourt.gov/opinions/10pdf/09-530.pdf
On January 19, 2010, the U.S. Supreme Court held that background checks on contract employees working for the federal government, including questions on illegal drug use and drug treatment, do not violate the employees' constitutional privacy rights. The Court went on to hold in it’s Opinion that information sought by the government is “part of a standard employment background check of the sort used by millions of private employers,” and that such “inquiries aid the government in employing a competent, reliable workforce.”

The Facts: The National Aeronautics and Space Administration (NASA) has a workforce of both federal civil servants and Government contract employees. Contract employees at NASA’s Jet Propulsion Laboratory (JPL), which is operated by the California Institute of Technology (Cal Tech), were not subject to Government background checks at the time they were hired, but that changed when the President ordered the adoption of uniform identification standards for both federal civil servants and contractor employees. The Department of Commerce mandated that contract employees with long-term access to federal facilities complete a standard background check, typically the National Agency Check with Inquiries (NACI), by October 2007.

NASA then modified its contract with Cal Tech to reflect the new requirement, and JPL announced that employees who did not complete the NACI process in time would be denied access to JPL and face termination by Cal Tech. The NACI process, long used for prospective civil servants, begins with the employee filling out a standard form (here, Standard Form85, the Questionnaire for Non-Sensitive Positions (SF–85)). SF–85 asks whether an employee has “used, possessed, supplied, or manufactured illegal drugs” in the last year. If so, the employee must provide details, including information about “treatment or counseling received.” The employee must also sign a release authorizing the Government to obtain personal information from schools, employers, and others during its investigation. Once SF–85 is completed, the Government sends the employee’s references a questionnaire (Form 42) that asks open-ended questions about whether they have “any reason to question” the employee’s “honesty or trustworthiness,” or SF–85 and Form 42 responses are subject to the protections of the Privacy Act. With the deadline for completing the NACI process drawing near, the employees brought suit, claiming that the background-check process violates a constitutional right to informational privacy.

Lower Court Holdings: The District Court declined to issue a preliminary injunction, but the Ninth Circuit reversed. It held that SF–85’s inquiries into recent drug involvement furthered the Government’s interest in combating illegal-drug use, but that the drug “treatment or counseling” question furthered no legitimate interest and was thus likely to be held unconstitutional. It also held that Form 42’s open-ended questions were not narrowly tailored to meet the Government’s interests in verifying contractors’ identities and ensuring JPL’s security, and thus also likely violated respondents’ informational-privacy rights

U.S Supreme Court Holding: “Assuming, without deciding, that the Government’s challenged inquiries implicate a privacy interest of constitutional significance, that interest, whatever its scope, does not prevent the Government from asking reasonable questions of the sort included on SF–85 and Form 42 in an employment background investigation that is subject to the Privacy Act’s safeguards against public disclosure. pp. 10–24. The forms are reasonable in light of the Government interests at stake. pp. 11–19.

(1) Judicial review of the forms must take into account the context in which the Government’s challenged inquiries arise. When the Government acts in its capacity “as proprietor” and manager of its “internal operation,” Cafeteria & Restaurant Workers v. McElroy, 367 U. S. 886, 896, it has a much freer hand than when it regulates as to citizens generally. The questions respondents challenge are part of a standard background check of the sort used by millions of private employers. The Government has been conducting employment investigations since the Republic’s earliest days, and the President has had statutory authority to assess an applicant’s fitness for the civil service since 1871. Standard background investigations similar to those at issue became mandatory for federal civil-service candidates in 1953, and the investigations challenged here arose from a decision to extend that requirement to federal contract employees. This history shows that the Government has an interest in conducting basic background checks in order to ensure the security of its facilities and to employ a competent, reliable workforce to carry out the people’s business. The interest is not diminished by the fact that respondents are contract employees. There are no meaningful distinctions in the duties of NASA’s civil-service and contractor employees, especially at JPL, where contract employees do work that is critical to NASA’s mission and that is funded with a multibillion dollar taxpayer investment. pp. 12–15.

(2) The challenged questions on SF–85 and Form 42 are reasonable, employment-related inquiries that further the Government’s interests in managing its internal operations. SF–85’s “treatment or counseling” question is a follow-up question to a reasonable inquiry about illegal-drug use. In context, the drug-treatment inquiry is also a reasonable, employment-related inquiry. The Government, recognizing that illegal-drug use is both a criminal and medical issue, seeks to separate out those drug users who are taking steps to address and overcome their problems. Thus, it uses responses to the drug-treatment question as a mitigating factor in its contractor credentialing decisions. The Court rejects the argument that the Government has a constitutional burden to demonstrate that its employment background questions are “necessary” or the least restrictive means of furthering its interests. So exacting a standard runs directly contrary to Whalen. See 429 U. S., at 596–597. Pp. 16– 18.

(3) Like SF–85’s drug-treatment question, Form 42’s open ended questions are reasonably aimed at identifying capable employees who will faithfully conduct the Government’s business. Asking an applicant’s designated references broad questions about job suitability is an appropriate tool for separating strong candidates from weak ones. The reasonableness of such questions is illustrated by their pervasiveness in the public and private sectors. Pp. 18–19. (b) In addition to being reasonable in light of the Government in substantial protections against disclosure to the public. Whalen and Nixon recognized that a “statutory or regulatory duty to avoid unwarranted disclosures” generally allays privacy concerns created by government “accumulation” of “personal information” for “public purposes.” Whalen, supra, at 605. Respondents attack only the Government’s collection of information, and here, as in Whalen and Nixon, the information collected is shielded by statute from unwarranted disclosure. The Privacy Act—which allows the Government to maintain only those records “relevant and necessary to accomplish” a purpose authorized by law, 5 U. S. C. §552a(e)(1); requires written consent before the Government may disclose an individual’s records, §552a(b);and imposes criminal liability for willful violations of its nondisclosure obligations, §552a(i)(1)—“evidence[s] a proper concern” for individual privacy. Whalen, supra, at 605; Nixon, supra, at 458–459. Respondents’ claim that the statutory exceptions to the Privacy Act’s disclosure bar, see §§552a(b)(1)–(12), leave its protections too porous to supply a meaningful check against unwarranted disclosures. But that argument rests on an incorrect reading of Whalen, Nixon, and the Privacy Act. pp. 19–23.
530 F. 3d 865, reversed and remanded.

Common Sense Counsel: the case represents a green light to industrial plant premises owners to require extensive background checks on contractor employees who wish to enter their property. That is especially true where the nature of the work involves safety sensitive functions, as where security concerns are present. Drug testing gate checks have long been conducted to determine whether a contractor’s worker is impaired. This decision will in all likelihood greatly expand such inquiries. Because there is no employer/employee relationship between the premises owner and the contractor’s employee none of the typical Title VII or ADA protections apply.

Tommy Eden is a Lee County native, an attorney with the local office of Capell & Howard, P.C. and a member of the ABA Section of Labor and Employment Law and serves on the Board of Directors for the East Alabama SHRM Chapter. He can be contacted at tme@chlaw.com or 334-501-1540.
Posted by Tommy Eden at 1:25 PM