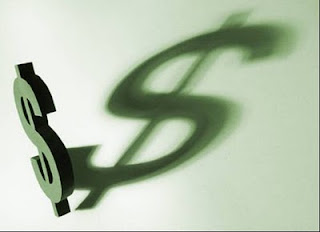 The federal agency ended FY 2010 with 86,338 pending charges - an increase of only 570 charges, or less than one percent. Between fiscal years 2008 and 2009, the EEOC's pending inventory increased 15.9 percent.
EEOC Chair Jacqueline A. Berrien announced the report stating: "Discrimination continues to be a substantial problem for too many job seekers and workers, and we must continue to build our capacity to enforce the laws that ensure that workplaces are free of unlawful bias."

The FY 2010 data show that the EEOC filed 250 lawsuits, resolved 285 lawsuits, and resolved 104,999 private sector charges. Through its combined enforcement, mediation and litigation programs, the EEOC secured more than $404 million in monetary benefits from employers -- the highest level of monetary relief ever obtained by the Commission through the administrative process.


The FY 2010 enforcement and litigation statistics, which include trend data, are available online at http://www.eeoc.gov/eeoc/statistics/enforcement/index.cfm.
According to the FY 2010 data, all major categories of charge filings in the private sector (which include charges filed against state and local governments) increased. These include charges alleging discrimination under Title VII of the Civil Rights Act of 1964, as amended; the Equal Pay Act; the Age Discrimination in Employment Act; the Americans with Disabilities Act; and the Genetic Information Nondiscrimination Act (GINA). Last year, for the first time ever, retaliation under all statutes (36,258) surpassed race (35,890) as the most frequently filed charge, while allegations based on religion (3,790), disability (25,165) and age (23,264) increased. In its first year of enforcement, the EEOC received 201 charges under GINA. Historically, race had been the most frequently filed charge since 1965. http://www.eeoc.gov/eeoc/statistics/enforcement/charges.cfm

The FY 2010 data also show:
• The mediation program ended the year with a record 9,370 resolutions, 10 percent more than FY 2009 levels, and more than $142 million in monetary benefits;
• The EEOC also expanded its reach to underserved communities by providing educational training, and public outreach events to approximately 250,000 persons;
• The agency continued its concerted effort to build a strong national systemic enforcement program. At the end of the fiscal year, 465 systemic investigations, involving more than 2,000 charges, were being undertaken;
• The EEOC resolved a total of 7,213 requests for hearings in the federal sector, securing more than $63 million in relief for parties who requested hearings. The agency also resolved more than 4,600 federal sector appeals -- 400 more than in FY 2009.

Common Sense Counsel: Every employer in Alabama's to do list to avoid EEOC retaliation charges should include: 1) adopting an effective and legally defensible policy against unlawful retaliation; 2) ensuring that your employees have received a copy of the policy and signed an acknowledgment; 3) training supervisors in unlawful retaliation; 4) removing discharge authority from front-line supervisors; 5) conducting a through investigation of the facts and circumstances - including allowing the employee to tell their side of the events - before making the final discharge decision; 6) conducting exit interviews where you specifically question the employee as to whether they have any unresolved claims against the company and having them acknowledge on the exit interview form their answer; and 7) following systematic steps to ensure that each of your discharge decisions are legal and defensible.

Tommy Eden is a Lee County native, an attorney with the local office of Capell & Howard, P.C. and a member of the ABA Section of Labor and Employment Law and serves on the Board of Directors for the East Alabama SHRM Chapter. He can be contacted at tme@chlaw.com or 334-501-1540.
Posted by Tommy Eden at 2:49 PM