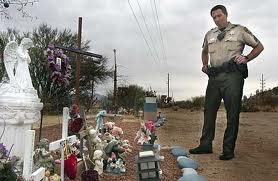 In a new report on drug use by drivers involved in America’s fatal crashes, the National Highway Traffic Safety Administration (NHTSA) reported on November 30, 2010 post-mortem testing results showing an increase in the level of drug involvement among fatally injured drivers over a five-year period from 2005 to 2009. Drug involvement does not mean the driver was impaired or that drug use was the cause of the crash.

The drug data released today was collected by NHTSA as part of its Fatality Analysis Reporting System (FARS) and included information collected from the states under three broad categories: whether the driver was tested, the type of test conducted, and the test results. The types of drugs recorded in FARS include narcotics, depressants, stimulants, hallucinogens, cannabinoids, phencyclidines (PCPs), anabolic steroids, and inhalants. The groups include illicit drugs, as well as legally prescribed drugs and over-the-counter medicines.

"Every driver on the road has a personal responsibility to operate his or her vehicle with full and uncompromised attention on the driving task," said NHTSA Administrator David Strickland. "Today’s report provides a warning signal that too many Americans are driving after having taken drugs, not realizing the potential for putting themselves and others on the highway at risk." Still drug test results are unavailable for a large portion of fatally injured drivers as there was a wide variance among states regarding the extent of drug testing conducted.

He added that state drug testing techniques and procedures are evolving and that currently states, as well as jurisdictions within a state, may test for different drugs, use different test types, and/or employ different concentration thresholds for determining whether a test was positive or not.

The NHTSA Administrator added, "The results we are releasing indicate that drugs were found to be present in post-mortem examinations. Drug involvement does not necessarily imply impairment or indicate that drug use was the cause of the crash." He noted that while many years of real-world observations and empirical evidence have shown a strong relationship between alcohol concentration levels in the blood and impairment and crash correlation, the same evidence is not yet available for drugs.

"While it’s clear that science and state policies regarding drugs and driving are evolving, one fact is indisputable. If you are taking any drugs that might impair your ability to drive safely, then you need to put common sense and caution to the forefront, and give your keys to someone else. It doesn’t matter if its drugs or alcohol, if you’re impaired, don’t drive," Administrator Strickland warned.

The NHTSA Administrator added that NHTSA is continuing to conduct research to better understand the correlation between drug levels and their impact on crashes. Administrator Strickland also explained that, under NHTSA’s Drug Evaluation and Classification program, the agency has prepared nearly 1,000 instructors and trained more than 6,000 police officers in 46 states to recognize symptoms of driver impairment by drugs other than alcohol. Access the full report at http://www-nrd.nhtsa.dot.gov/Pubs/811415.pdf


Tommy Eden is a Lee County native, an attorney with the local office of Constangy, Brooks & Smith, LLP and a member of the ABA Section of Labor and Employment Law and serves on the Board of Directors for the East Alabama SHRM Chapter. He can be contacted at teden@constangy.com or 334-246-2901. Blog at www.alabamaatwork.com