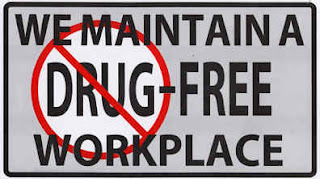 The Department of Transportation (DOT) is revising certain drug testing procedures to conform its testing rules to new rules being implemented by the Department of Health and Human Services. The 7 DOT Mandated Changes listed below are effective October 1, 2010. Full regulation at: http://edocket.access.gpo.gov/2010/pdf/2010-20095.pdf.


Ecstasy is a stimulant which produces intensely pleasurable effects including enhanced sense of self-confidence and energy. Other effects include loss of inhibition and feeling of "closeness" to others, blurred vision, decreased awareness of bodily functions and needs (eg. decreased awareness of dehydration leading to overheating with liver, kidney and/or heart failure), sleep deprivation (leading to anxiety and depression as well as decreased reaction time), short (and possibly long) term memory deficits and decreased ability to concentrate. Hallucinations include distortions in time, perception, and tactile (touch/feeling sensation) experiences.


4. Initial testing for 6-acetylmorphine (“6-AM”) (a unique metabolite of heroin, considered to be definitive proof of heroin use) is now required. Specific rules have been added to address the way in which Medical Review Officers (“MROs”) analyze and verify confirmed positive test results for 6-AM, codeine and morphine;


7. MRO training and qualifications have been revised.

Please take time to familiarize yourself with these DOT changes and conduct yourself accordingly. The DOT regulations require testing for illegal drug use by regulated employees that occurs on and off the job. The Designated Employer Representative has a copy of the complete regulations if you have specific questions.


Tommy Eden is a Lee County native, an attorney with the local office of Constangy, Brooks & Smith, LLP and a member of the ABA Section of Labor and Employment Law and serves on the Board of Directors for the East Alabama SHRM Chapter. He can be contacted at teden@constangy.com or 334-246-2901. Blog at www.alabamaatwork.com