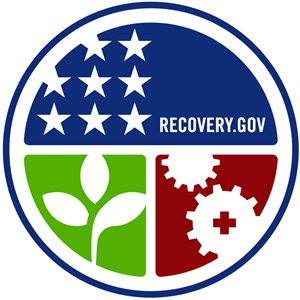 Beginning June 30, 2009, federal contractors and subcontractors including contractors working on local government projects funded by “stimulus package” money will be required to use the federal E-Verify system to verify the employment eligibility of employees. As I have previously reported, E-Verify can also immunize you and your company from financial penalties and federal jail time.
What is E-Verify? - E-Verify is an internet based system operated by the Department of Homeland Security (DHS) which allows participating employers to electronically certify that employees hired by the employers are legally authorized to work in the U.S. The Federal Acquisitions Regulatory Councils (FARC) adopted a final rule mandating E-Verify use by contractors when:
The American Recovery and Reinvestment Act of 2009 (“stimulus bill”) includes domestic spending on infrastructure. So long as federal funds are to be used in a project, you will be a federal contractor under the definition of the E-Verify law. Federal contractors will be required to agree, through language inserted into their federal contract, to use E-Verify to confirm the employment eligibility of all person hired during a contract term, and to confirm the employment eligibility of federal contractors’ current employees who perform “contract service” for the federal government within the U.S.

Play Safe – Enroll in E-Verify Today for Free - E-Verify can immunize your company against possible violations of immigration law. Recently, Immigration Compliance and Enforcement (ICE) raided an Alabaster Alabama construction company. Beverly Linan, owner and operator of Rodriguez Construction Company, was then named in a three-count federal indictment for the harboring of illegal aliens, knowingly employing illegal aliens, and a forfeiture count was included to recover profits made from employing illegal aliens. If convicted of all counts, Linan faces a maximum 10-year prison sentence and a $250,000 fine. If this company had implemented E-Verify, Linan would have safeguarded the company and himself

Practical Counsel: 5 Reasons to Enroll in E-Verify Today:
Enroll in E-Verify for free today at https://www.vis-hs.com/EmployerRegistration and then schedule trainings on proper I-9 form completion, supervisor training, and auditing 1-9 recordkeeping.

Tommy Eden is a Lee County native, an attorney with the local office of Constangy, Brooks & Smith, LLP and a member of the ABA Section of Labor and Employment Law and serves on the Board of Directors for the East Alabama SHRM Chapter. He can be contacted at teden@constangy.com or 334-246-2901. Blog at www.alabamaatwork.com
Posted by Tommy Eden at 11:18 AM 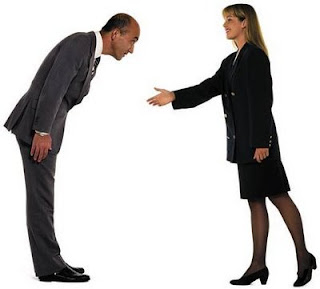 Cultural issues, regulations, laws and court decisions play a significant role in how employees interact in the workplace of the country in which they are employed. As you will see from this article, what may be considered acceptable conduct in a Korean workplace may not be in the . The Korean manager who understands and applies these rules will not only be able to avoid liability for one’s company but also him/herself from critical legal trouble in the U.S. This topic will be presented in detail at the EASHRM lunch meeting on June 10, 2009.
1) Touching as an expression of kinship should be avoided. While in the Korean culture hugging or touching a co-worker can be a way of expressing kinship. In America, the same hug or touch can make the manager the target of an Equal Employment Opportunity Commission (EEOC) Charge, possibly an assault or battery allegation and eventually litigation. The law books are filled with cases where a person's intentions are misinterpreted when a workplace physical touch occurs. Rule 1- limit touches to a handshake.
2) Diligent employees must be paid for their work. In the Korean culture, the term "Diligent" might well refer to the employee who comes in early, works hard, and stays late -- maybe several hours after closing working “off the clock.” In Korea, “diligent” stands as a virtue of an employee’s general attitude toward one’s work and employer. America also welcomes diligent employees, but they must be paid for their work, even if not recorded on a timesheet. The Fair Labor Standards Act (FLSA) has definite laws on the payment of minimum wages and overtime to non-exempt employees. Violation of these laws can subject the Company and manager to personal liability and very costly lawsuits. Rule 2 - know and follow the FLSA laws.
3) Profanity in Korean will get you in trouble. Assuming that your American employee cannot understand the curse words you have just hurled is a real mistake and dangerous to you and your company. Korean words you spoken to a subordinate employee can be translated and admitted as legitimate evidence in a U.S. Court. Korean cursing can be classified as a form of workplace environmental harassment. Rule 3 – remember, Korean cursing can be heard.
4) After hours socializing with co-workers is risky. In the Korean culture, a strong bond develops between co-workers that spills over into after-hours socializing, drinking soft beers, playing karaoke and other such "teambuilding activities.” Such events can sometimes get out of hand in the U.S. and lead to harassment charges when the use of alcohol causes employees to exercise poor judgment, embarrass themselves or violate Rule #1 above. This is sometimes called the "Christmas Party" effect. Rule 4- limit after hours co-workers socializing and encourage lunch outing without the use of alcohol.
5) DUI arrest can be the consequence of a Korean business outing. Having a dinner party with your boss (most times mandatory) where alcohol is consumed in quantities can lead to unlawful conduct; such as driving while intoxicated. In Korea, there are multiple police checkpoints where a driver is asked to blow into an instrumented device and face the consequences of being drunk. The U.S. has few such checkpoints, especially rural areas like Auburn-Opelika, which sometimes causes Korean employees to believe that they are not going to be caught if they drive intoxicated. Being arrested and convicted for a DUI is a very bad thing when it comes time for Visa renewal as well as a black mark on your work record and can land you in jail. Rule 5- don't drink and drive.
6) Being the bully boss is unacceptable. In Korea, there are few legal consequences for the screaming or abusive boss who humiliates employees in front of co-workers or the public. The same kind of conduct in the U.S. could be interpreted as gender discrimination or workplace harassment, or some other type of protected status discrimination. Many States are adopting bullying legislation. The bulling manager is bad for employee morale, employee turnover and long-term productivity. Teaching managers to be a good coach who inspires their work teams has proven in the U.S. to increase workplace satisfaction and worker productivity and keep unions out. Rule 6 - learn how to be a coach.
7) Retaliation can be costly. In Korea, many times workers do not feel that they have adequate remedies to address issued due to lenient labor laws, so they do nothing. In the U.S., there are a multitude of workplace laws and regulations which protect employees from retaliation for engaging in protected workplace conduct. Title VII of the Civil Rights Act of 1964 and the FLSA have specific provisions which allow employees to recover for both actual damages suffered and attorney’s fees when a manager engages in retaliatory conduct. These legal actions are difficult and costly to defend. Threatening an employee with loss of continued Visa sponsorship, or other types for reprisals, if they do not go along with an illegal practice could easily be considered retaliatory. Rule 7- worker retaliation can be very costly.

Tommy Eden is a Lee County native, an attorney with the local office of Constangy, Brooks & Smith, LLP and a member of the ABA Section of Labor and Employment Law and serves on the Board of Directors for the East Alabama SHRM Chapter. He can be contacted at teden@constangy.com or 334-246-2901. Blog at www.alabamaatwork.com
Posted by Tommy Eden at 3:44 PM